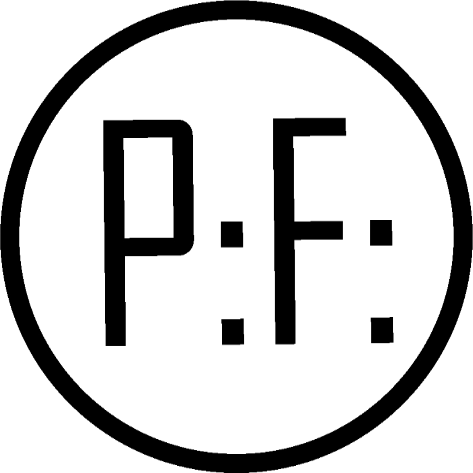 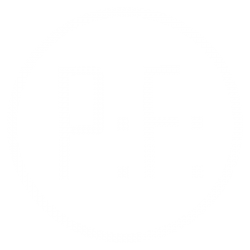 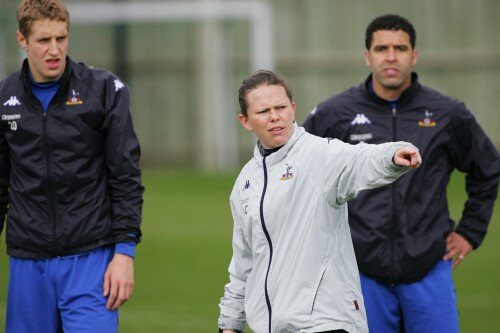 Alex preparing the RFU match officials for the Rugby World Cup in Japan 2019. 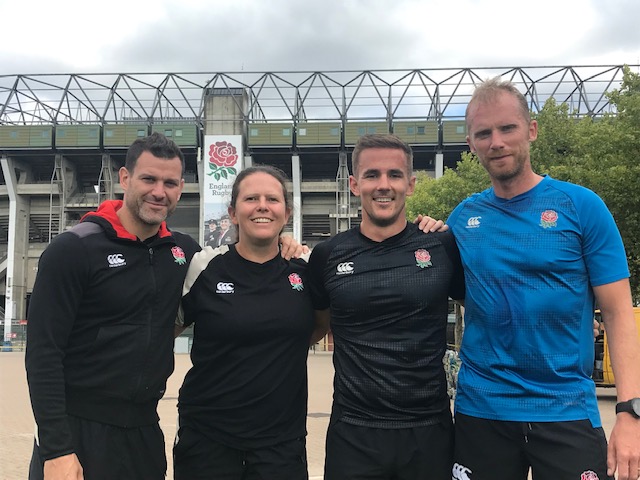 In 1997 Alex worked at Harrods Limited in the occupational health department, providing health and fitness screening on executives, company directors and staff. She shared her time between the corporate environment and the professional football players at Fulham Football Club.

Alex spent a total of seven years at Harrods Limited and Fulham Football Club. She worked with the Fulham Football Club Academy of Excellence players (Under 9-19 years), the Fulham ladies team and the mens first team, where she became the Head Strength & Conditioning Coach in 2003, preparing the players for the challenges of the Premier League on a daily basis.

Between 2004-2007 Alex spent three years at Tottenham Hotspur Football Club where she was recruited to conduct all of the rehabilitation of injured players. Alex was then promoted to Head Strength & Conditioning Coach woking with Martin Jol and Chris Houghton with the first team squad and Clive Allan with the Spurs Reserve Team.

She managed all of the strength & conditioning of the professional players in addition to conducting the rehabilitation of injured players, working closely with the physiotherapists and ensuring that the players returned to action fit and robust ready for the rigours of the Premiership.

Alex’s experiences also involve time as a consultant exercise scientist for The Football Association, working specifically with the England Women’s U23 and U17 teams. In addition, she has worked with a number of International athletes from other sports, including tennis, karate, basketball, golf and hockey as well as consulting for England Athletics.

Alex is working hard on creating excellent relationships with corporate clients. One such client is Discovery Communications Europe Limited with whom Alex has previously conducted a number of wellness seminars to their employees.

After her time in football, Alex decided to become self employed and this is when Perform:Fitness was created.

She is a mother of two and balances her time with the children and running her own business seeing private clients, in addition to her current role in high performance sport with the Rugby Football Union.

Alex is in charge of the strength and conditioning of the professional game match official team (PGMOT) at Twickenham.

Alex recently volunteered to work with the Great Britain Women’s Maxiballers basketball team to help them prepare for the Masters European Basketball Champtionships in Malaga 2020.  This involved S&C programming for the over 40’s, 45’s and 50 teams to help optimise their conditioning in preparation for the European Championships.

Alex is very proud of her experiences in high performance sport which spans almost 25 years and brings her experiences and love of sport and rehabilitation to her role with Perform:Fitness. 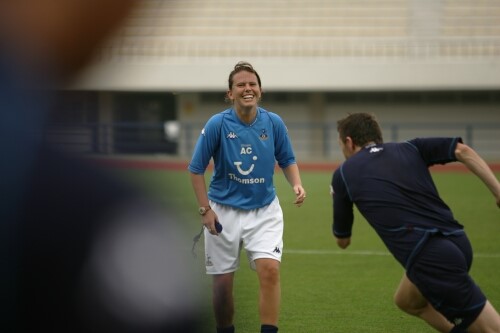 In recent years Alex has taken to writing and has now written three books within the area of strength & conditioning:

Alex’s continuing professional development is important to her. Her on-going qualifications and certifications include the following:

In addition, Alex is certified in Emergency First Aid in accordance with the Health & Safety (First Aid) Regulations.

She has Professional Liability Insurance through the United Kingdom Strength & Conditioning Association (UKSCA). Alex has clearance on the Criminal Records Bureau disclosure (CRB) and has attended the National Coaching Foundation workshops on child protection.

She is a member of The British Association of Sport and Exercise Science (BASES) as well as the UKSCA and the NSCA.

Alex maintains her continuing professional development by keeping up to date with current research and sports science practice via sports science journals, on-line reviews as well as attending seminars and conferences whenever possible.

A keen sportsperson, Alex has played basketball since she was ten years old. She competed Internationally, representing England at all age groups, gaining a total of 21 International Caps through her career. She gained a full basketball Scholarship to Georgia State University, NCAA Division 1 in Atlanta, Georgia, USA where she played for four years and completed her degree in exercise science.

Please contact Alex to discuss how Perform Fitness can help you develop your fitness and strength & conditioning and discuss your performance and rehabilitation goals.

Over the past 10 years, Alex has managed to keep group training, for a range of abilities and age, engaging and entertaining; no small feat particularly when dealing with a bright and challenging group.

Her one to one sessions and her attention to detail in the preparation of my weekly individual programme has allowed me to, not only remain injury free, but also to remain at World Rugby’s “optimal” fitness level for the past 12 years. At 40 years old, support from Alex is essential to ensure I keep progressing and keep performing on the international Rugby Union stage 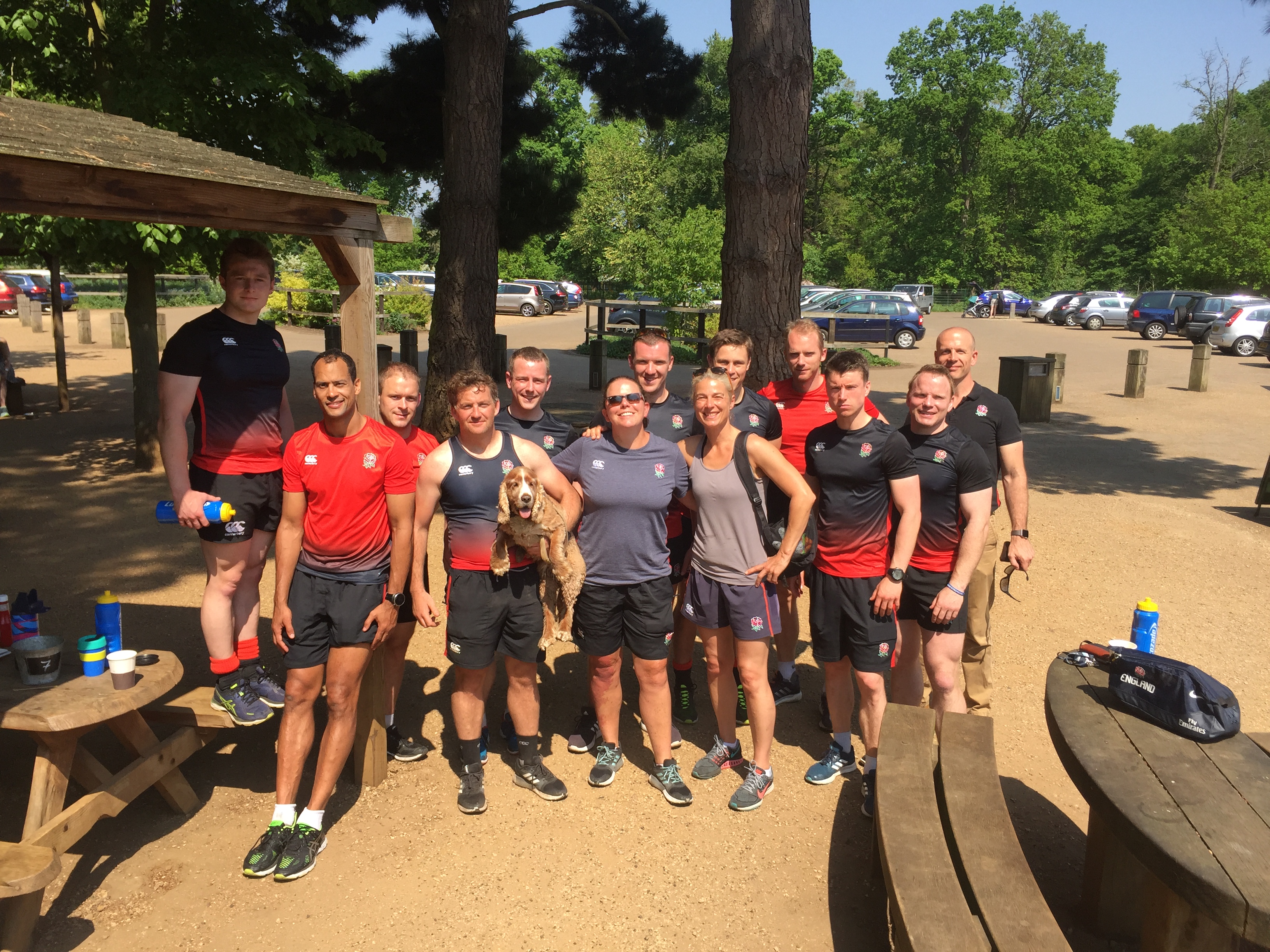 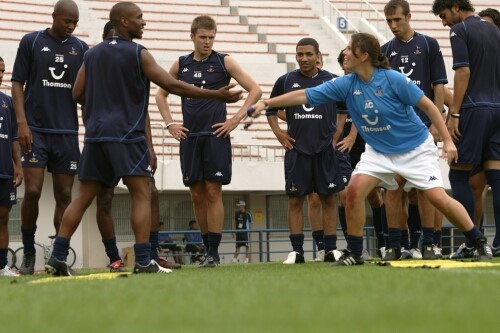 Alex running a session with the Great Britain Maxiballers women’s basketball squads to help them prepare for the European Championships. 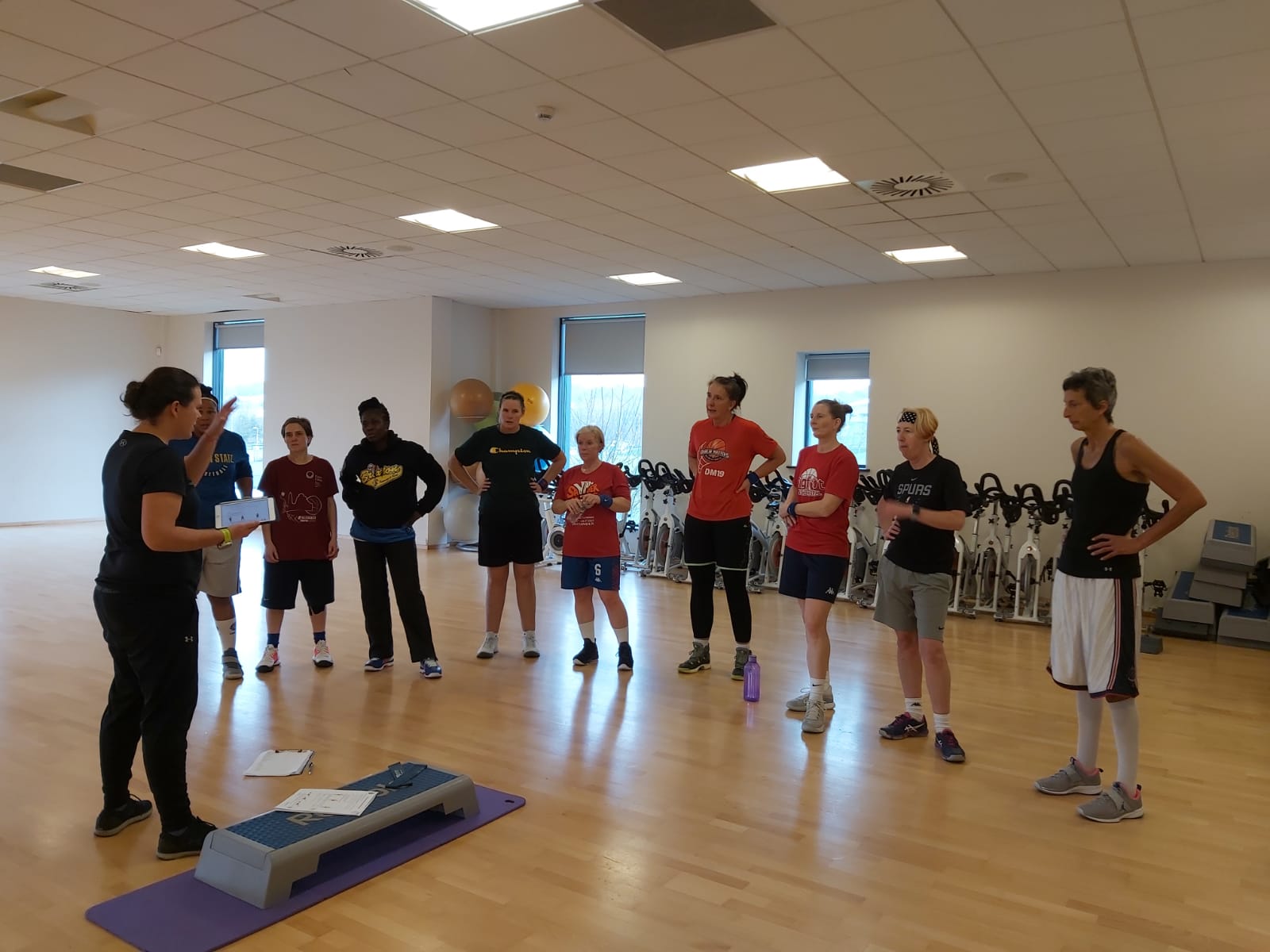 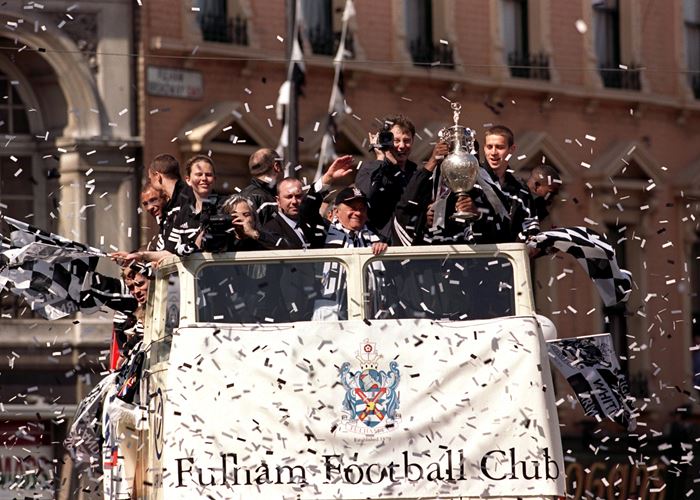 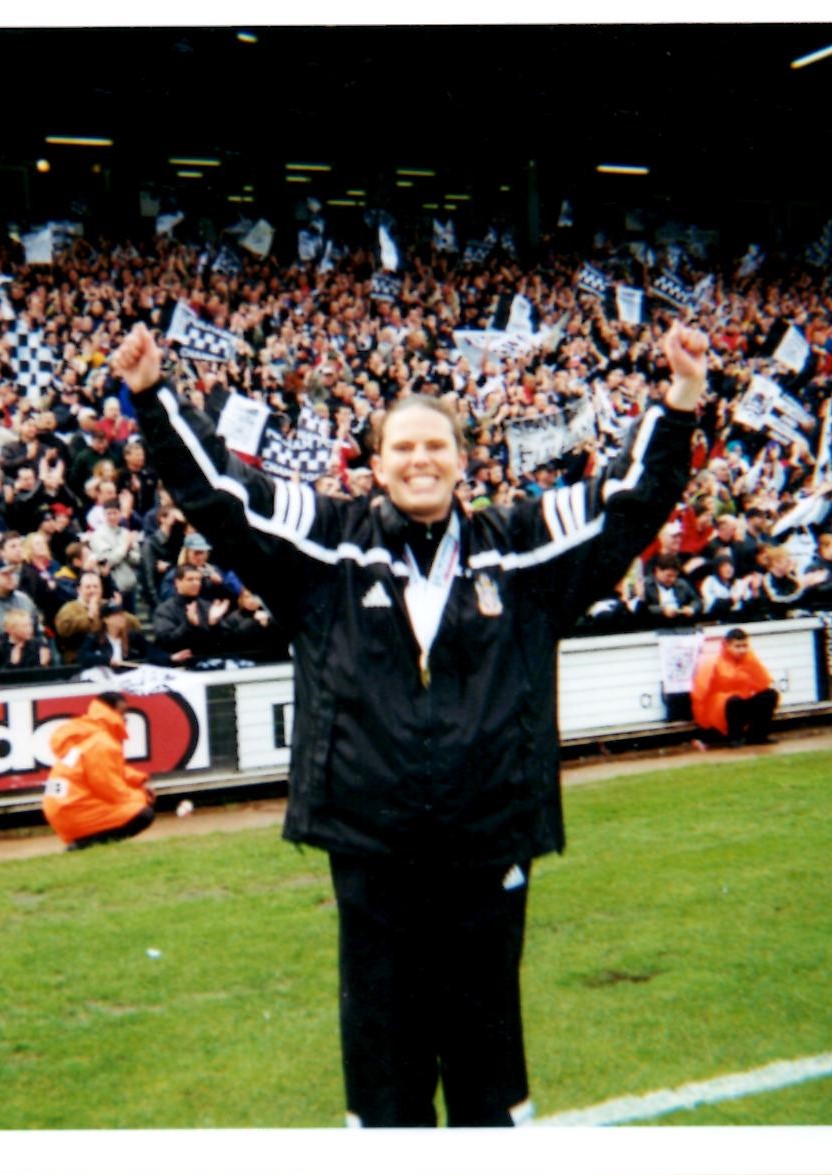 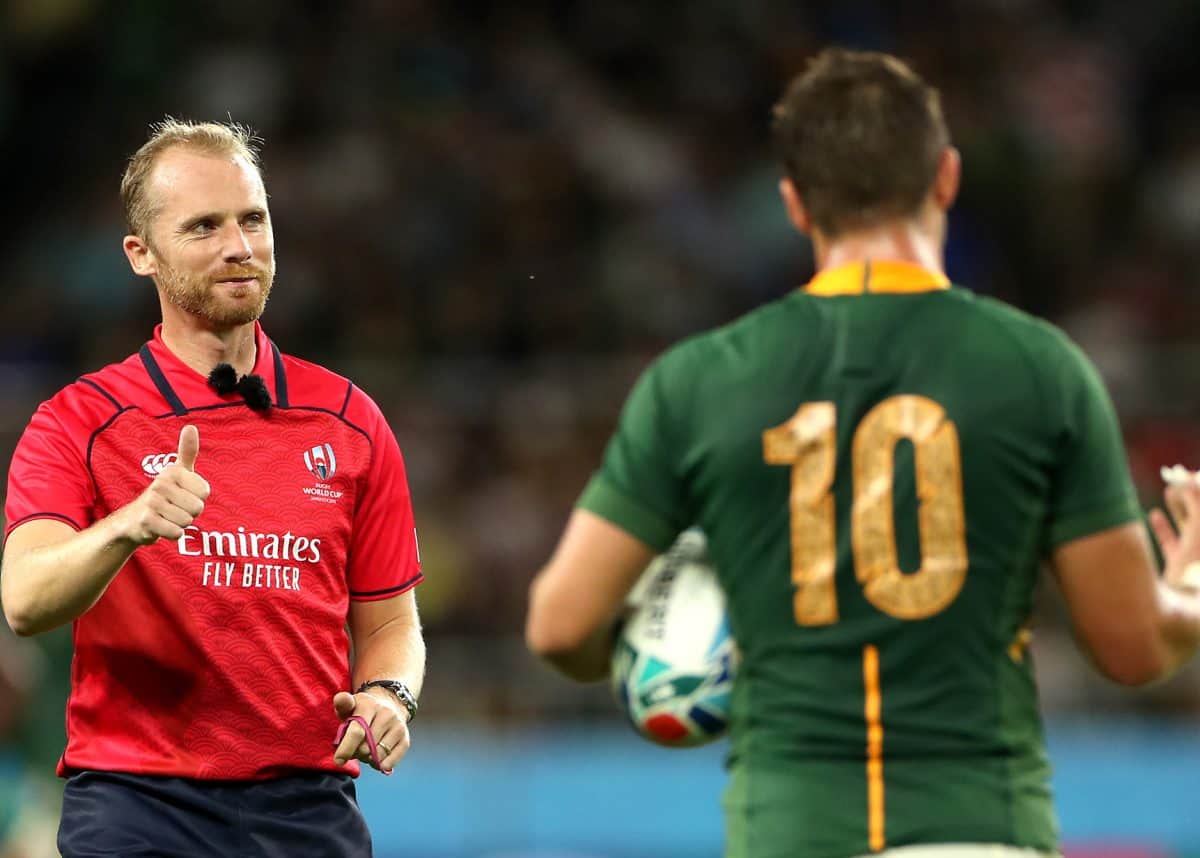 Wayne Barnes (above) World Rugby Referee of the Year and an athlete who has worked with Alex for 10 years.

We use cookies on our website to give you the most relevant experience by remembering your preferences and repeat visits. By clicking “Accept”, you consent to the use of ALL the cookies.
Cookie settingsACCEPT
Manage consent

This website uses cookies to improve your experience while you navigate through the website. Out of these, the cookies that are categorized as necessary are stored on your browser as they are essential for the working of basic functionalities of the website. We also use third-party cookies that help us analyze and understand how you use this website. These cookies will be stored in your browser only with your consent. You also have the option to opt-out of these cookies. But opting out of some of these cookies may affect your browsing experience.
Necessary Always Enabled
Necessary cookies are absolutely essential for the website to function properly. This category only includes cookies that ensures basic functionalities and security features of the website. These cookies do not store any personal information.
Non-necessary
Any cookies that may not be particularly necessary for the website to function and is used specifically to collect user personal data via analytics, ads, other embedded contents are termed as non-necessary cookies. It is mandatory to procure user consent prior to running these cookies on your website.
SAVE & ACCEPT
error: Content is protected !!